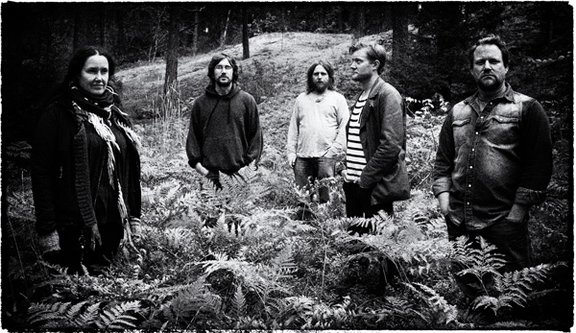 We welcome Erik Hammarström, who plays drums and percussion with great groove, and keyboard virituos Linus Kåse. Back in the band is Tord Lindman on guitar and vocals.

At the moment we are rehearsing songs and writing new material. In 2013 we plan to play live again. We have been invited to play in Japan and it is planned for some time in March. We'll do one gig before that, probably in Stockholm. Later on we plan to also play gigs in Europe. The dates are not yet fixed, but we hope to be able to bring you more detailed plans shortly.

The vinyl versions of Viljans Öga are now sold out. Still, it appears that another batch of the black vinyl edition is being manufactured. You can pre-order it from RecordHeaven.net (S). The CD version should be available again by the end of August (from various mailorders).

The vinyl versions of Viljans Öga are now available at various mailorders:

The CD version should be available again by the end of August.

The limited edition mentioned in the previous update is now sold out. You can still get the regular CD version of Viljans Öga at Alvarsdotter.c0om.

The new constellation of Änglagård have met five times and rehearsed old materials. Initially, it will be six songs as we bring in the live context, at a starting point. Two from each album.

We also get some free time to try out some new themes that pops up just like that. Linus has always brought a thermos of coffee at rehearsals. He can not swell studio's disgusting instant coffee ... and no other either.